Your First Taste Is Free … 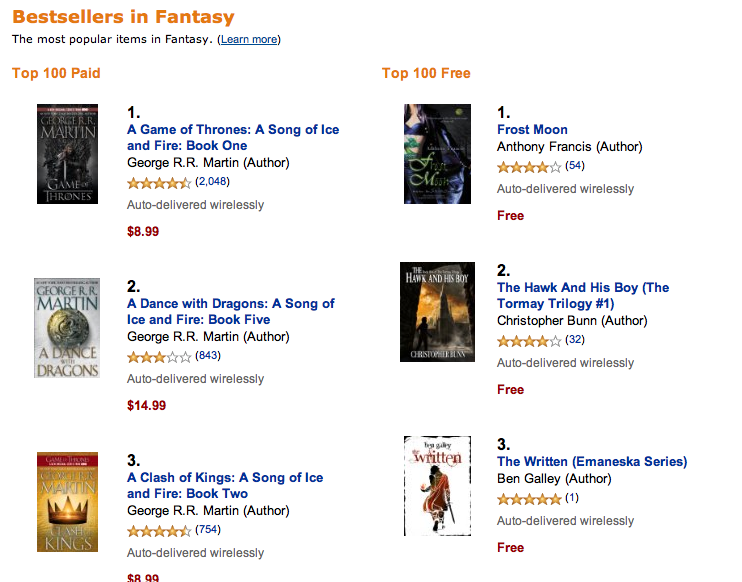 For a limited time, FROST MOON is free on Amazon! Which has led to some very flattering company … FROST MOON is #1 on the free list for fantasy, putting it side by side with A GAME OF THRONES by some author you just might have heard of.

If you like FROST MOON, there’s always BLOOD ROCK … you know you wanna …

Interestingly, according to some sources, THE SONG OF ICE AND FIRE is clocking in at around 300K words per book, which means the single first book in George R. R. Martin’s series will be about as long as the first three books of the SKINDANCER series.

Also interestingly, my rough estimate of how many words it would take to finish the entire 7 year Dakota Frost arc puts it at closer to Robert Jordan territory. Eek! Here’s hoping I have the gumption to follow Dakota through to the final line of the final book!

Posted on August 17, 2011 by centaur
This entry was posted in Uncategorized and tagged Blood Rock, Dakota Frost, Frost Moon. Bookmark the permalink.

24 Responses to Your First Taste Is Free …